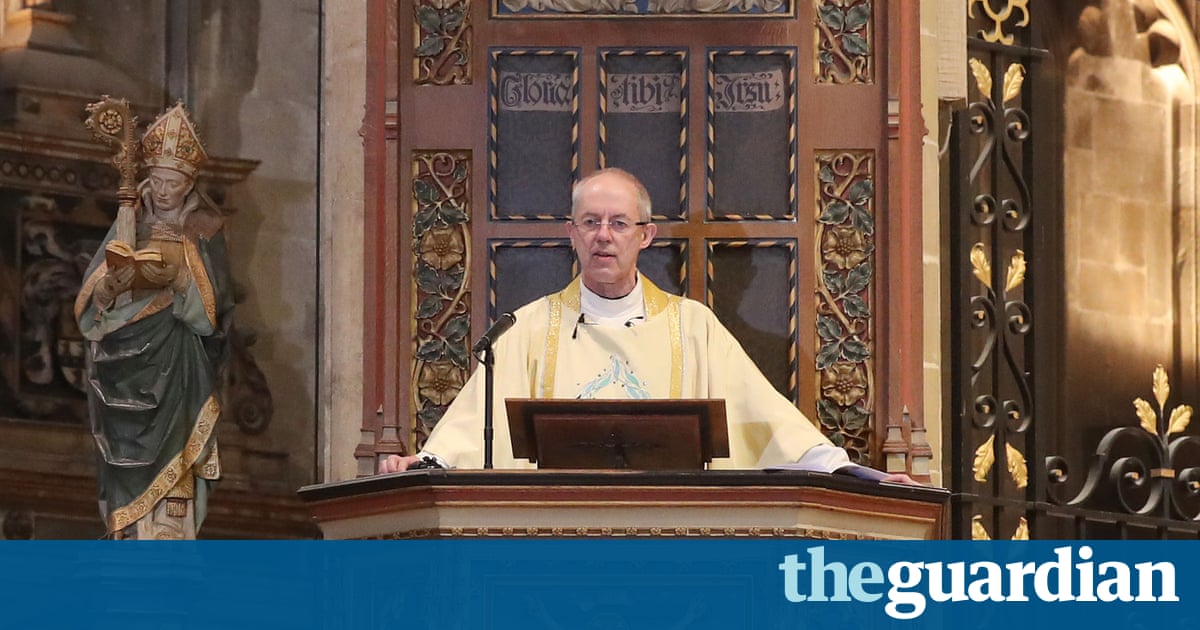 The archbishop of Canterbury has spoken out against” tyrannical and populist” world leaders in a Christmas message likely to be seen partly as a rebuke against US president Donald Trump.

Justin Welby was preaching at Canterbury cathedral at the same time as Pope Francis made oblique criticism of Trump in his traditional Christmas address in St Peter’s Square in Vatican City.

The pontiff induced particular reference to the situation in the Countries of the middle east merely two weeks after the US president inflamed tensions in the region by controversially recognising Jerusalem as the capital of Israel.

In Canterbury, Welby told worshippers that much could be learnt from the nativity narrative, where Jesus is” power seen in humility “.

He said:” In 2017, we have insured around the world tyrannical leaders that enslave their peoples, populist leaders that deceive them, corrupt leaders that rob them, even simply democratic, well-intentioned leaders of many parties and countries who are normal, fallible human being .”

Earlier this year, Welby publicly spoke out against Trump over the president’s sharing on social media videos from far-right group Britain First. He told at the time:” It is deeply disturbing that the president of the United States has chosen to amplifies the voice of far-right extremists .”

In Rome, the pope reinforced calls for a two-state solution to the decades-long conflict between Israel and the Palestinians merely over two weeks after Trump stoked controversy by recognising Jerusalem as Israel’s capital. The move enraged Palestinians, who also want the city to be the capital of their future state.

Four days ago, more than 120 countries backed a UN resolve urging the US to reverse its decision.

Francis said the children of the Middle East continued” to suffer because of growing tensions between Israelis and Palestinians “.

Appealing for peace specifically in Jerusalem and more widely in the Holy Land, the pope said:” Let us pray that the will to resume dialogue may prevail between the parties and that a negotiated settlement can finally be reached, one that would allow the peaceful coexistence of two states within mutually agreed and internationally recognised borders .”

He asked for God’s support for” all those in the international community inspired by goodwill to help that afflicted land to determine, despite grave obstacles the harmony, justice and security that it has long awaited “.

Francis began his “ Urbi et Orbi “- to the city and the world- address by appealing to Christians around the world to” recognise Christ in the faces of little children” in places of conflict and tension” as the winds of war are blowing in our world and an outdated model of developing continues to produce human, societal and environmental deterioration “.

His traditional Christmas Day message listed many of the globe’s most distressed places.

He told:” We watch Jesus in the faces of Syrian children still marked by the war that, in these years, has caused such bloodshed in that country. May beloved Syria at last recover respect for the dignity of every person through a shared commitment to rebuild the fabric of society, without regard for ethnic and religion membership .”

He spoke of the children of Iraq, that has experienced conflict for the past 15 years, and Yemen,” where there is an ongoing conflict that has been largely forgotten, with serious humanitarian implications for its people, who suffer from hunger and the spread of cancers “.

He also mentioned the suffering of children in South Sudan, Somalia, Burundi, Democratic Republic of the Congo, Central African Republic and Nigeria.

Moving to other regions of the world, he prayed for tensions on the Korean peninsula to be overcome” and that mutual trust may increase in the interest of the world as a whole “. He called for” serene dialogue” in Venezuela and an aim to conflict in Ukraine.

The pope also spoke of children he satisfied on his recent visit to Myanmar and Bangladesh, saying:” It is my hope that the international community will not cease to work to ensure that the dignity of the minority groups present in the region is adequately protected .”

Francis also referred to social and economic injustice, topics that he has focused on since becoming pope nearly five years ago. He spoke of” the children of unemployed mothers who struggle to offer their children a secure and peaceful future. And in those whose childhood has been robbed and who, from a very young age, have been forced to work or to be enrolled as soldiers by unscrupulous mercenaries “.

He prayed for refugees, another familiar cause espoused by the pope, referring the” many children forced to leave their countries to travel alone in inhuman conditions and who become an easy target for human traffickers. Through their eyes we consider the drama of all those forced to emigrate and hazard their lives to face exhausting journeys that aim at times in misfortune “.

In the UK, Alan Smith, the bishop of St Albans, also made oblique reference to Trump’s policies in his Christmas sermon. He spoke of the wall dividing the cities of Jerusalem and Bethlehem, telling:” When we feel insecure, building walls seems a good notion .”

But, he said, walls sometimes provide temporary protection, but would never provide peace and security in the long term. Rather than construct walls, we need to” build highways” to allow individuals and communities to come together, he told the congregation at St Albans Cathedral.